Melissa was always a gung-ho Marine.  We were stationed together in Nassau Bahamas as Marine Security guards, we became fast friends, we hung out together all the time. Melissa was very competitive, I remember we would have contests on who can get a darker tan while laying out by the pool at the Marine house, she would win, who could hold their breath under the water the longest, should would win, she loved to play basketball, I was never a match for her, she would win, we would go for a run and she would purposefully have to finish a couple steps ahead of me…she would win.  She always had to be a little better than everyone else.  She had that winning spirit; she had that dedication and Esprit de Corps you only see in those who have pinned on the Eagle Globe and Anchor.  In the Marines, the term “Hard Charger” suited her well.

Prior to meeting Melissa in the Bahamas, I was stationed in Havana Cuba.  I knew the staff well, I knew the post well, as a communist country it was challenging mentally.  And after I had left my post in Nassau Bahamas my Commanding Officer requested that I visit headquarters in Miami and have a meeting with him before heading back to Quantico.  During our meeting he said he was tasked to place the first female Marine in Havana Cuba and asked me my thoughts about CPL Schmidt.  He said he needed someone that would exemplify professionalism of the Corps, someone that is a leader, is self-driven, someone who could be the face of the Corps in a communist country.  Without hesitation I endorsed Melissa to be that person.  I knew she would be able to successfully fulfill the needs of the Corps; it was her style, she was mentally and physically strong.  She would take that post in stride and make it her own, she paved the way, since then, Havana Cuba has had many female Marine Security guards standing post 1.  I don’t think she ever knew that I recommended her for that post.  I am glad to have known her and am glad to have had her as a friend. 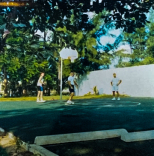 Basketball picture of Melissa kicking some ass against some other Marines at the Marine house compound in Nassau. 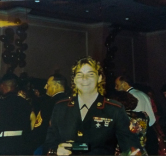 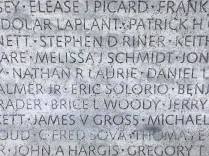 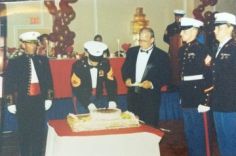 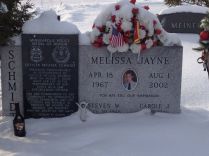 I brought Melissa A bottle of Baileys.  We both loved Baileys!

Let me introduce you to a great cop that was a Minneapolis Police Officer.

She is no longer with us.  She was killed in the line of duty 18 years ago today (August 1, 2002).  Melissa Schmidt was good friend of mine.  I met Melissa in Nassau, Bahamas while on Embassy Duty as a Marine.  She introduced me to Baileys on ice while we played pool.   She would always kick my butt in pool.  Shortly after the Bahamas, Melissa and I were in Havana, Cuba for a year.  We lived in a Mansion with a few other Marines.  Our back yard was a Basketball court.  We played Bball a lot.  Melissa was super competitive and beat us all in whatever we played.

We frequently traveled to a beach resort in Cuba about 2 hours away from Havana.  We usually left Havana in the morning when the night shift Marine got off duty.  We may or may not indulged in adult tasty beverages on the way to the beach.  We usually spent an entire day at the beach having a blast with our Cuban driver.  3-5 Marines would usually go to the resort of Veradero.   We all had so much fun there.

We were fortunate to have a nice bar in our house the many of the diplomats frequented.  We spent hours in that bar!

Many of us were members of Columbia House and would all order CDs and jam to those tunes often.  We made sure not to get the same Cds.

Melissa was a great person and a great Marine.  She will never be forgotten!